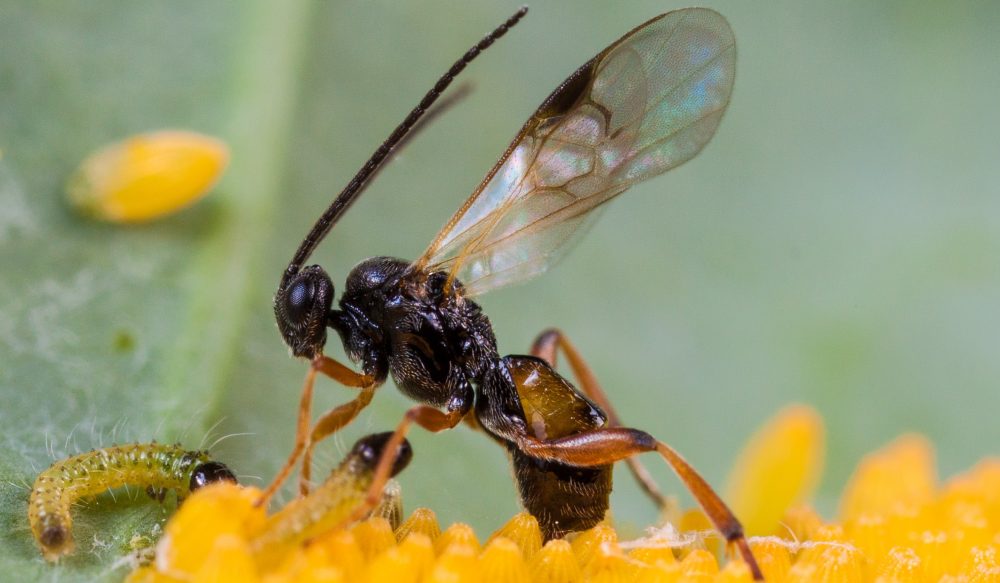 It was a great honor to be selected as one of the three young WUR scientists (together with Joris Sprakel and Ingrid Boas) to speak at the 100 years anniversary of Wageningen University and Research. Before it started a picture was taken with all (emeritus) WUR professors, rector magnifici from all Dutch universities, mayors of Wageningen and the surrounding municipalities and the invited speaker Lee Cronin (purple trouser). During the cortege we walked with all the 'pinguins' over the campus into the lecture hall of Orion filled with about 1000 people - my husband Ties and our two daughters among them. Speeches by the rector magnificus Arthur Mol and Lee Cronin preceded our talks which were on how our research contributes to the unravelling of life. Natural ways of fighting harmful insects (me), migration patterns after a hurricane (Ingrid) and dancing molecules (Joris) were at the centre of attention. After, honorary doctorates were handed over by the rector, and the vice premier Carola Schouten and the WUR president Louise Fresco gave a speech with an intermezzo by the band Levanter. In the evening, we were invited with our partners at the gala dinner in the Hotel De Wageningse Berg and Ties and me enjoyed sitting at our assigned table together with the rector Arthur.